In mid-November 2019, the City of London awarded Keltbray's Distribution & Transmission team a contract to dismantle their 275kV transmission line in Barking. 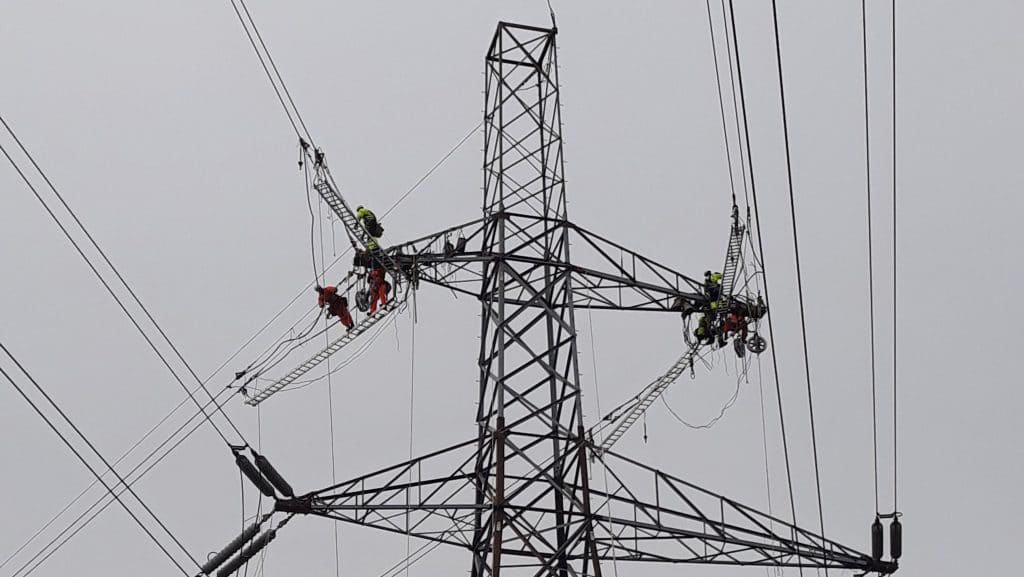 The 275kV OHL route circuit ran from Barking Power Station to Barking National Grid Substation. Despite the route only being 2.2km in length, it had significant complexities as it oversailed numerous factory units, main roads, and across land being developed by Transport for London (TfL), Barking Riverside Developments (BRL) and the Greater London Authority (GLA).

Due to significant access constraints to these sites, along with substantial penalty clauses for any delays to TFL’s construction works, KDT agreed with the City that we would dismantle the route during the Christmas 2019 break.

A project with this level of complexity would usually require a minimum of six months of detailed planning. However, KDT only had six weeks to plan the entire works, and to do the following:

There were several Environmental considerations, with particular attention on the access and the surrounding area of one of the towers (BP5) as it had scrub vegetation.

Consequentially, there was a risk of finding the habitats of amphibians, reptiles, water voles, or Japanese Knotweed.

KDT put a specific ecology Method Statement and Risk Assessment in place, so if a protected species is identified or should a piece of scrubland require removal, then it would be put into immediate effect, and the relevant BRL ecologist contacted.

Due to the dedication of expert staff, the project was completed successfully on time with no accidents or incidents.

Additional Information – To provide a seamless service, Keltbray Distribution and Transmission utilised Keltbray’s other divisions: Keltbray Lifting and Keltbray Demolition to assist in the dismantling of the towers.