As one of the most ambitious development schemes in Europe, the £9bn Battersea Power Station redevelopment is also one of the biggest building sites in Europe, and Keltbray has played its part on it since 2012. It was commissioned to undertake pile enabling, piling, groundworks and reinforced concrete superstructure works, as well as the construction of foundations for a 50-metre tall tower that was erected to facilitate the successful relocation of two peregrine falcons, which had made the Power Station their home. 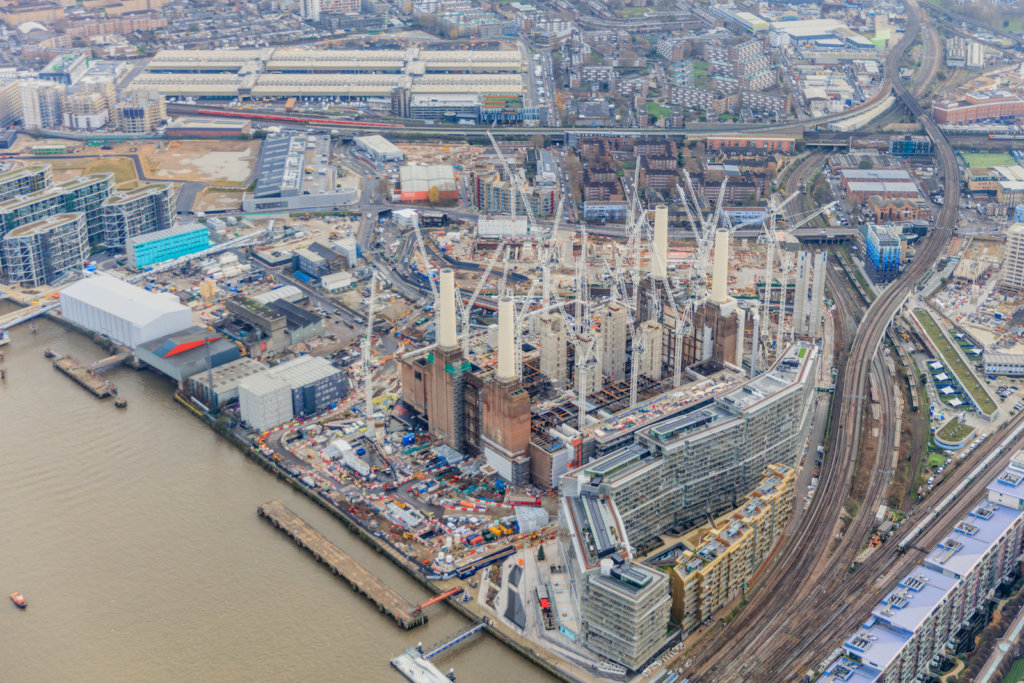 Focusing on the structural demolition phase of the project, the work was carried out using a unique and innovative solution that involved utilising the existing gantry cranes rails in Turbine Hall A that date back to the 1950s. The Keltbray team used the rails to move temporary steel platforms along the length of the hall.

To facilitate demolition, a working platform was constructed by erecting scaffold birdcage crash decks on top of the steel platforms to the underside of the roof slab. “This enabled us to cut the slab into 200 2.5×3.75m sections; each weighing approximately five tonnes. These sections were then lifted from the roof using the site tower cranes for further processing on site before being recycled off site,” explained Keltbray Demolition & Civil Engineering Contracts Manager, Oliver Long.

Keltbray was then engaged to survey the iconic chimneys and continued its involvement as part of Phase 1, by undertaking asbestos removal, structural demolition and further sheet piling and piling works.

100 of the 3000 construction workers on site were Keltbray Demolition & Civil Engineering workers and were engaged in the process of demolishing the massive 1,000 tonne roof structures of Turbine Halls A &B of the former power station as part of Phase 2.

These giant 150 metre long roofs sit 30 meters above general site level and consist of steel trusses spanning 25 meters at 7.5 metre and 10 metre centres along the hall length. Secondary and tertiary steel supports the 0.2 metre deep concrete slab that weighs in at around 1,000 tonnes.

“We first employed this method to demolish the roof in Turbine Hall A. The three steel platforms were then adapted for use in Turbine Hall B. They were then retained by the project to further assist with restoration of the existing roof trusses and construction of the new roof slab,” he continued

Following demolition of the concrete slab, the roof trusses were dismantled during weekend possessions as part of continuous operations. “They required careful planning, and each possession lasted up to 60 hours and required the employments of a 500 tonne mobile crane within the Boiler House,” Oliver concluded.

This marked the end of Keltbray’s roof demolition works at Battersea Power Station – one of the most high profile and complex projects in the UK’s and Keltbray’s history.