Keltbray was responsible for the removal of a 1000 tonne bridge structure over West London, demolition of Earls Court 1&2 Exhibition Centres and removal of 15,000 tonnes of concrete beams over four District Line Tunnels. 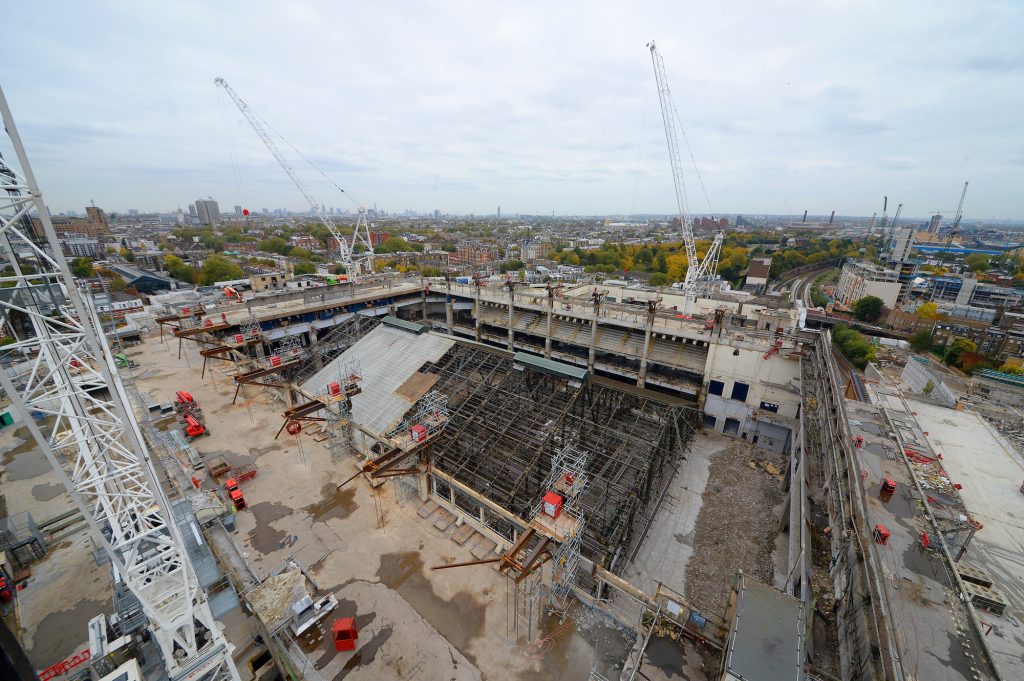 The demolition of the Earls Court exhibition centres was an extremely large and complex project in the centre of London. The structures were comparable in scale to that of a conventional power station, but located in a highly residential area with major rail interfaces.

Completed in 2018, the project comprised the demolition of the two exhibition centres Earls Court 1 (EC1) constructed in 1935 – 1937, and Earls Court 2 (EC2) constructed in 1988 – 1991. These had been built over the West London Line and District and Piccadilly Underground lines. This major rail interface required meticulous planning, sequencing and design work to achieve the necessary approvals from the rail authorities.

Major works were carried out on, over and adjacent to rail in possessions, requiring fully detailed works package plans, hour-by-programmes and programme risk analysis. These works included the removal of a 1000 tonne bridge using a bespoke gantry system during a Christmas possession.

The crane was delivered in some 200 containers, erected in 12 weeks, and lifting operations carried out over 6 months during LUL rail engineering hours.

Special dispensations and agreements were reached with LUL for the use of the crane and works coordinated so that there was no rail disruption throughout.