Ferrybridge Power Station is situated in West Yorkshire at the intersection of the M62 and the A1 (M) on a site of approximately 700 acres. 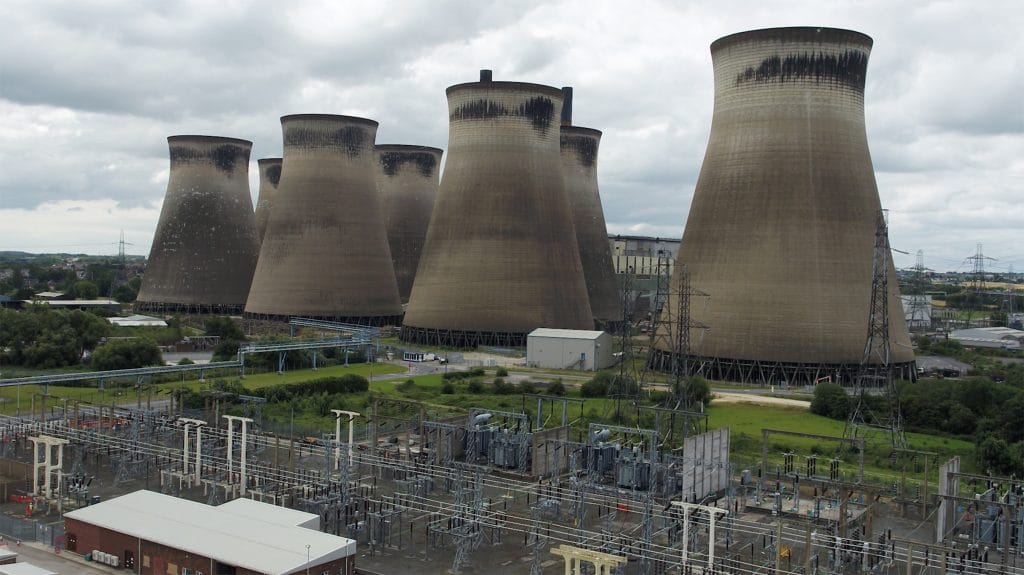 Ferrybridge Power Station is situated in West Yorkshire at the intersection of the M62 and the A1 (M) on a site of approximately 700 acres. There has been power generation on the site since the 1920s, with the iconic chimneys and cooling towers representing industrial monuments to a disappearing industry. They are also a very visible landmark in the area, both for local people and for users of the motorway network.

The current facility, Ferrybridge C, was completed in 1966 and, at its peak, employed 600 people. In 2013, SSE concluded that the power station would not be able to conform to the EU Industrial Emissions Directive and the decision was made to close the station and clear the site.

Following an intensive tendering process assessed by SSE on a Safety-Quality-Cost basis, Keltbray Decommissioning was awarded the 30 month contract as Principal Designer and Principal Contractor. Work commenced on site in October 2018, employing up to 220 staff including subcontractors.

The works scope involves the removal of all hazardous materials, mainly asbestos, and the phased demolition of all other structures to grade level.

Demolition of the main heavy steel structures is being carried out utilising a combination of heavy demolition machinery and the controlled use of Linear Shaped Cutting Charge (LSC’s) explosives.

Only five of the eight cooling towers are to be demolished – the first being carried out in July 2019 by blasting both the Shell and Legs to enhance directional control of the collapsing structure. This tower was in a relatively unconstrained location and was demolished in advance of the main event to trial the proposed Shell and Legs demolition methodology. Having proven the design, the remaining 4 towers, two of which were very close to overhead HV lines, were demolished in October 2019 with test blasting of LSC’s also carried out that day.

The Cooling Towers all collapsed in accordance with the design, 95% of the shell superstructures falling inside the base pond perimeter walls.

The LSC test blasting on representative box columns with steel thickness up to 68mm also yielded the required results.

It has still to be confirmed whether the remaining three towers will be demolished. The material from the Cooling Towers, in line with Keltbray’s recycling philosophy, will be crushed and reused on site.

A program of works will see the demolition of the remaining structures including the main boiler house, two 198 metre tall chimneys and the Barge Unloader, which is situated nearby on the banks of the River Aire.

The success of the project thus far has been the result of close collaboration between the project teams of Keltbray and SSE and the good co-operation of the major sub-contractors.