Despite being London's oldest station, London Bridge is also the busiest supporting more than twice the number of passengers it was designed for. Working in conjunction with Costain and Network Rail, Keltbray carried out the sequential demolition in several phases from 2013 to 2017 to make way for the brand new station in use today. 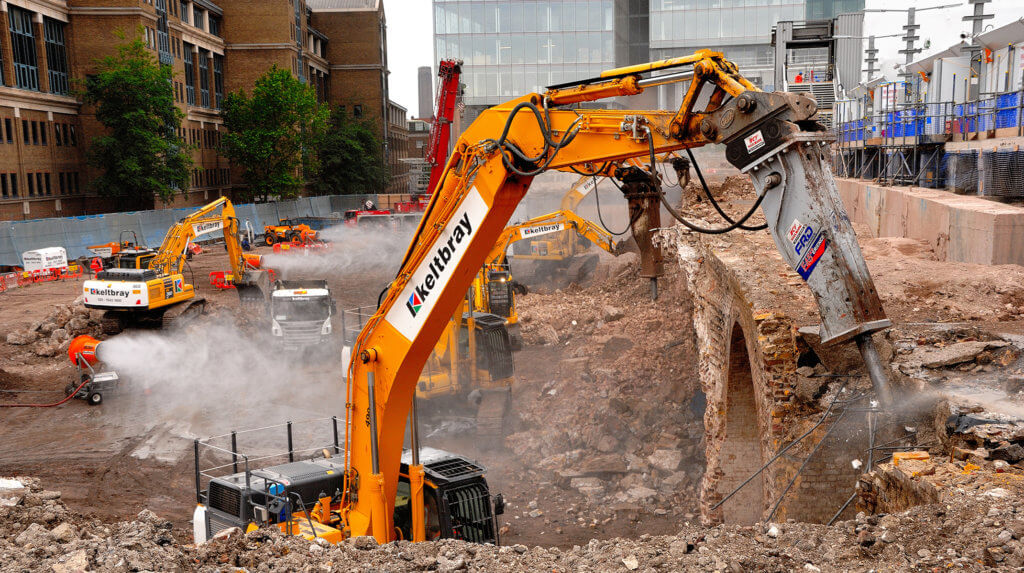 The full demolition involved the removal of over 200,000 tonnes of brick, concrete and fill; the equivalent of over 40 Olympic sized swimming pools.

Each phase was a mini project in its own right; going from demolition right through to handover of new operational platforms and tracks within a short timeframe – often with just months between phased handovers. Each handover then released the next stage of demolition and this process continued until all tracks had been demolished from St Thomas Street in the South to Tooley Street in the North (a total of 16 tracks and platforms).

The station remained live throughout the works therefore careful coordination and a collaborative approach were essential to the successful delivery of each phase. There were multiple complex demolition interfaces working in and around the live operational rail station and around the other activities such as piling, bridge deck works, platform and canopy construction, laying permanent way, M&E works and commissioning. Several possessions were required to enable the works to be carried out in a safe manner whilst minimising the impact on the station and the surrounding neighbours.