The Stoney Street Project is on a 2.5 acre site located on the South bank of the River Thames. A major commercial mixed-use scheme that will bring retail, offices and a cinema as part of a scheme aimed at enhancing the re-generation of the surrounding areas of the Bankside Quarter and Borough Market, this is one such site on which Keltbray and MOLA worked side-by-side. 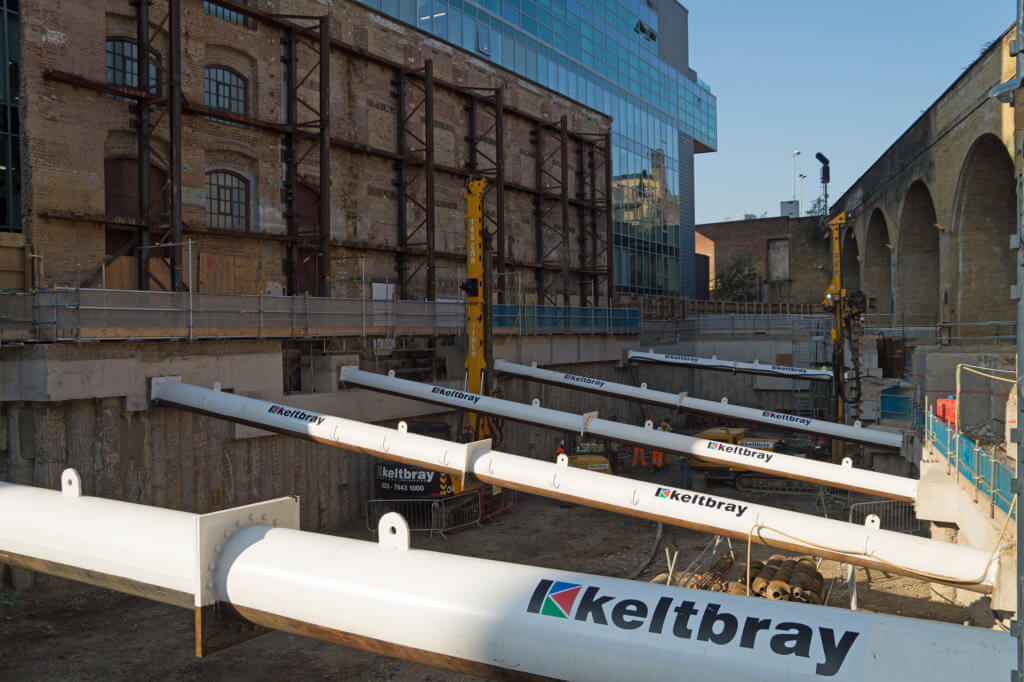 A complex site bounded by Stoney Street to the east, Park Street to the west and south and Clink Street to the North, it consists of the Vinopolis development largely within the 30 x Victorian railway arches and the 4 storey office building known as ‘Thames House’, two 3 storey buildings of conference spaces, Brew Wharf Yard and four 2 storey mixed use buildings.

The majority of the site is underneath or adjacent to a live railway viaduct that carries frequent trains in and out of London Cannon Street. As a result, Keltbray has been working closely with Network Rail to ensure all demolition, piling, excavation works and structural alterations to the viaduct are achieved on programme with zero impact to the operation of the rail network overhead

The area has very high pedestrian footfall and is very popular with tourists due to the close proximity to Borough Market. The area also has close neighbours in the form of both residential and commercial properties. The development of a viable access strategy for delivery vehicles servicing the demolition and construction works is absolutely key to the success of the project and has been a priority focus of the Project Team. Following consultation with Southwark Council’s Highways team and neighbourhood liaison a logistics strategy that involves temporary traffic orders has been developed to enable the project delivery and minimise impact on the surrounding area

Full scope of works in progress: