The Stage redevelopment in the heart of Shoreditch will provide a new mixed-use scheme comprising of a 37 storey residential tower, two commercial office buildings, residential and leisure facilities. Keltbray was contracted for demolition, excavation and piling works. 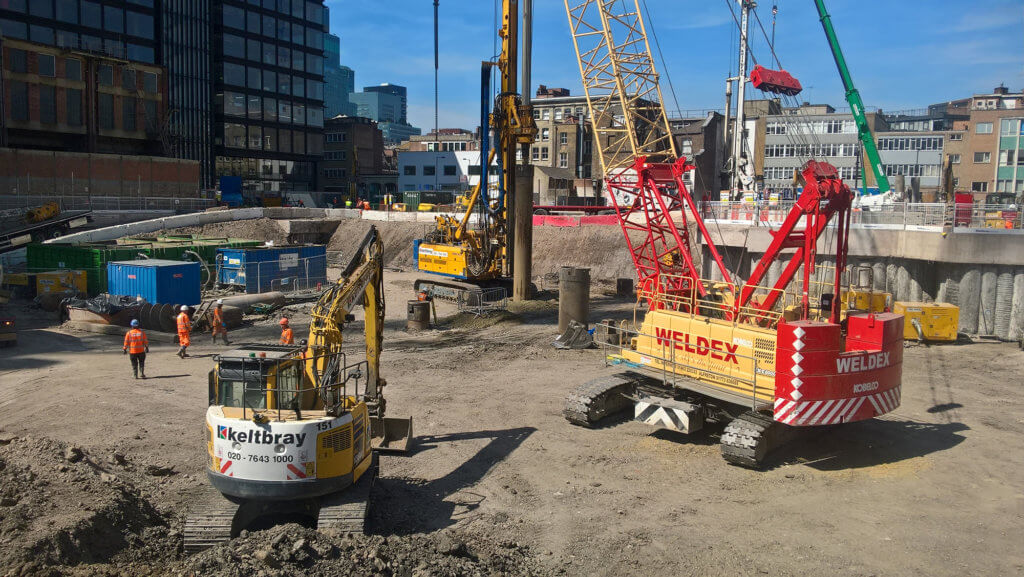 The Stage development site is located in the heart of Shoreditch. The site was made up of a number of different buildings that were demolished as part of an enabling contract in accordance with Keltbray’s works. The site is bound on all sides by; Curtain Road to the West, Hewitt Street to the North, Hearn Street to the South and Plough Yard to the East.

Initially access was only available from Hewitt Street until additional crossover works were completed. This access was also adjacent to the NSPCC headquarters and was sensitive to the large volume of traffic movements that we required to complete this project. The NSPCC building operates 24/7 so additional measures were taken to mitigate traffic issues.

The Stage has taken its name due to the discovery of the Curtain Road theatre where it is believed by the Museum of London Archaeologists (MOLA) that Shakespeare performed the first Romeo and Juliet play as well as his other works of that time.

The biggest challenge on this project was the temporary works scheme designed to protect the theatre and the construction of a logistics slab. This slab was also required to take the loading of an 80T piling rig to install the secant piled wall to the rear of Zone E. This design was completed by Wentworth House Partnership and also required a Cat 3 check and approval by ‘Historic England’ before any works could commence.